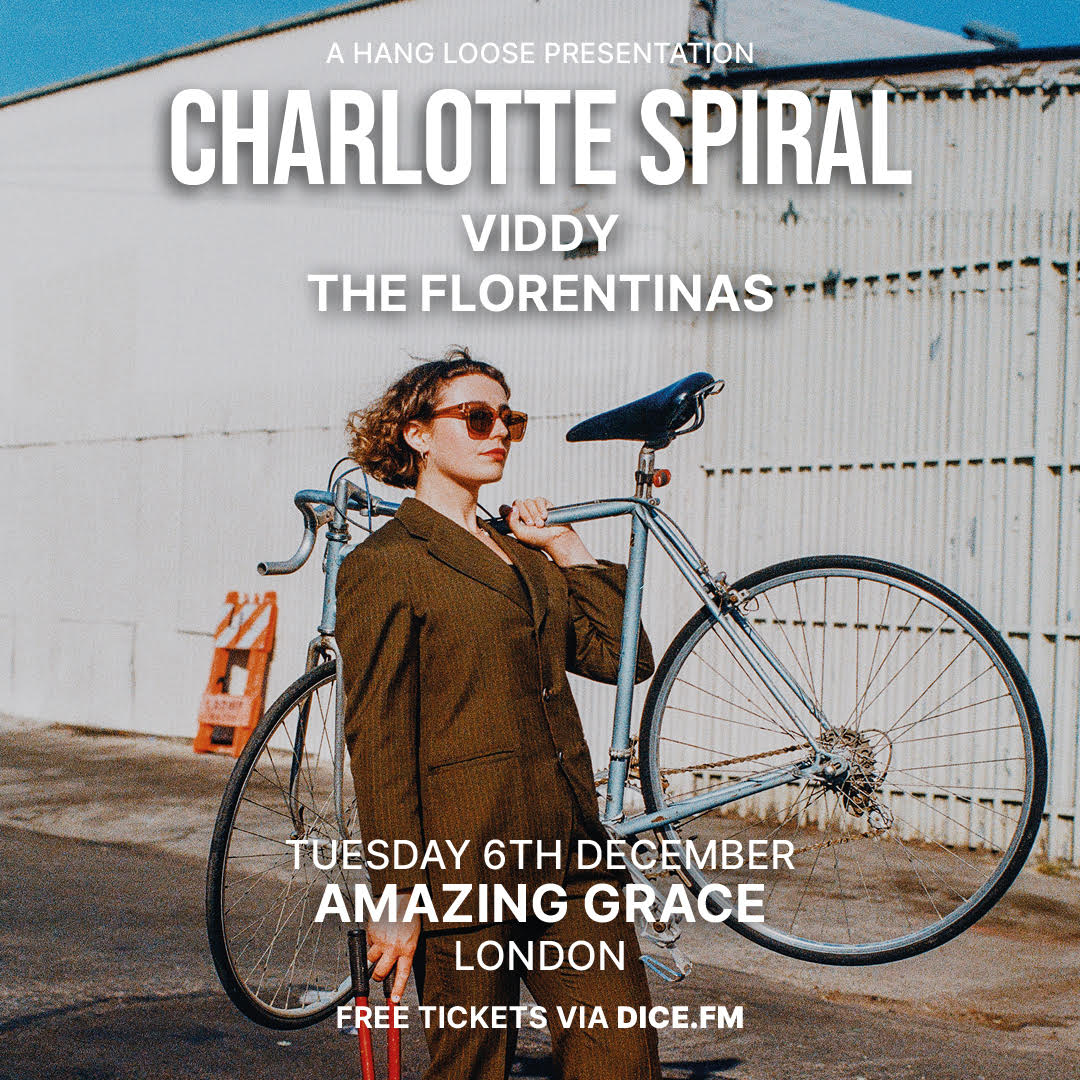 This event is brought to you by Amazing Grace & Metropolis Music. New music & good vibes from 7PM. Doors will be open from 5PM, so feel free to come in early for dinner & drinks!

Amy Spencer and Avi Barath, a duet who play solely voice and piano live, were mesmerised by the grace and beauty of the routines and began playing along.

These musical concepts rapidly evolved into original, audacious songs while maintaining the ageless aesthetic of the videos that served as the project’s inspiration.

Dan Carey, a London-based producer and member of Speedy Wunderground, heard Charlotte Spiral’s early demos in 2019 and invited her to his studio. They collaborated to complete the duo’s first two EPs, “Ideal Life” and “New Light,” both of which were critically received by  The Sunday Times, Clash and The Line of Best Fit.

After time spent crafting new songs throughout the last year, the pair’s most intimate single yet ‘Suddenly’ was released in October 2021 and the band are currently finishing new music with Dave Okumu. Find out more about Charlotte Spiral here

Alternative pop artist Viddy brings her seductive and distinctive vocal to the world of popmusic.

Working alongside producer Gingersnapps (BBC Radio 1, Fresh on the Net, XFM, DorkMag). Viddy brings hypnotising basslines, swarve guitar, a sprinkling of electronica and tender vocals to create mellow pop songs that capture the audience, their imagination and invite them to share in all their ‘feelz’.

Pulling on influences including fellow strong female vocalists; Lana Del Rey, Lilly Allen, KateBush and Amy Winehouse but with the alternative swag whilst on stage of Banks and sprinkled with production references to Portishead and Massive Attack, Viddy is breaking down the barriers between female pop stars and being a traditional frontwoman of a band.

Aged just twelve and obsessed with Taylor Swift, the impressionable young Viddy wanted a new guitar. The deal was that she wasn’t allowed one unless she could prove that she’d use it. Fast forward a few months and not only had she written her own song, coerced her siblings into forming a band, but she’d won the local battle of the bands, gaining a spot at the local Bedfordshire festival that summer.

Now convinced, her Dad bought her said guitar and since, the siblings went on to create their band Healyum which gained support from the likes of BBC Radio 1’s Huw Stephens, BBC Introducing, Radio X and The Metro Now going at it solo, Viddy has launched her career on a more pop tip.

Writing about what is true to her and her relationship experiences, Viddy’s relatable matter contains all kinds of complexities involved in romance, heartbreak, frustration and desire. Having supported artists including Zuzu, Childcare, Sub Focus, Pigeon Detectives, FickleFriends & Lily Moore. Find out more about Viddy here

Four-piece Bangor, County Down, alternative rock group The Florentinas have been slowly making waves in the Northern Irish scene and beyond.

The Florentinas recorded live sessions for Open House Festival and the Oh Yeah Music Center in 2017 and made their broadcast debut on BBC Northern Ireland’s “Sounds New” the same year.

They struck a significant publishing agreement with BMG in London in 2020. The band supported Nothing But Thieves in November 2021 at the Ulster Hall and the Olympia Theatre in Dublin.

Find out more about The Florentinas here