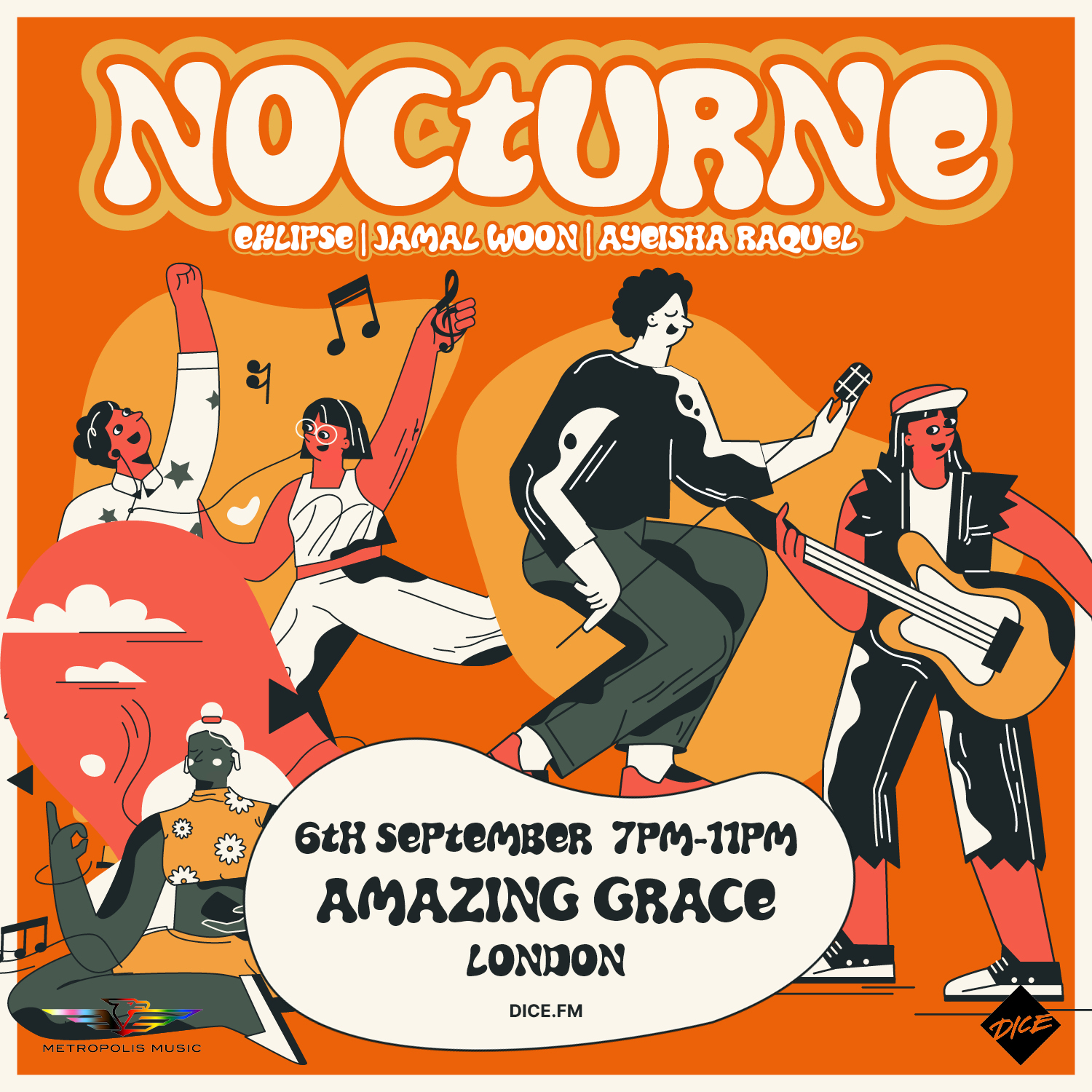 Metropolis Music and Amazing Grace present NOCTURNE, a new immersive live experience at one of London’s most popular venues. NOCTURNE promises to bring you the best in R&B, Soul and Rap from our growing scene, and showcase the vast array of talent the city has to offer.

EKLIPSE East London native Eklipse is a lyricist with a distinctively deep voice that is instantly recognisable on any track. From the tender age of 9, Eklipse wrote poetry as a form of expression, which allowed him to find confidence in his words.

Performing from the age of 11, he then went on a journey to be a lyricist in his own right and in 2015 established himself as an artist. He released his first project ‘Intimate Affairs’ in February 2015 and ‘Dark Matters: The Mixtape’ later in August. From there he has been consistent with his music, yet experimental with his sound. He then released ‘The Haze Cassette (THC)’ in 2016), a smooth project with relaxing sounds along side lyrics that almost intoxicate you.