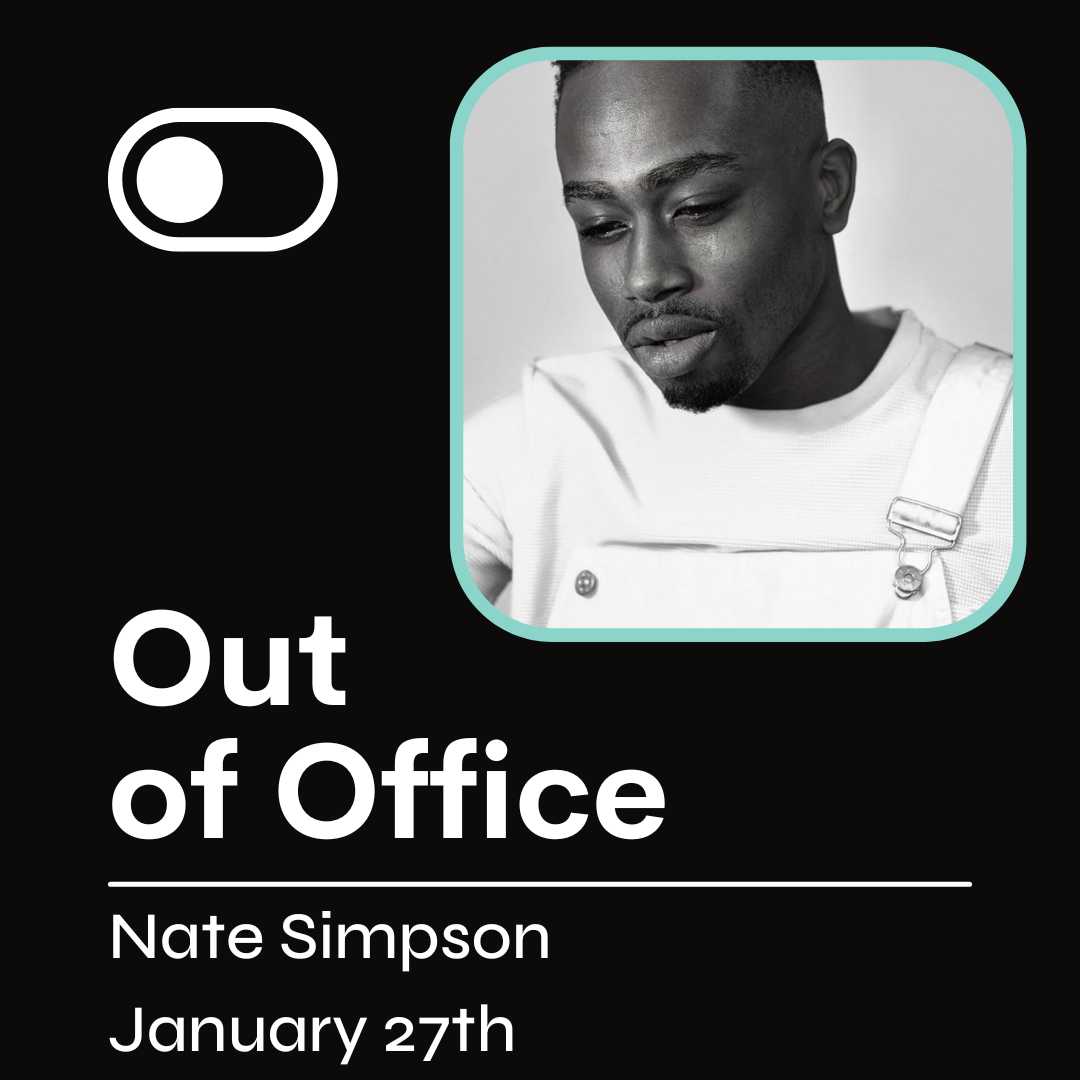 OUT OF OFFICE FEATURING Nate Simpson

Put your Out of Office on, and kickstart your weekend at Amazing Grace!

Out of Office is our weekly Friday night show playing a range of disco, funk, soul and old school hip-hop.

We work with musicians and DJ’s  from around the country to provide a night of top quality music. This week we are featuring:

Nate Simpson’s career has spanned many areas of the music industry, he is currently enjoying his role as young Bob Marley in, the west end musical ‘ Get up stand up’ other credits include staring in ‘Motown the musical’ as Marvin Gaye, Stevie Wonder, and Berry Gordy.
He has also played Simba in ‘The Lion King’ in Paris, a national Tour as Nat King Cole in ‘The Crooners.
His exceptional voice and unique and soulful artistry has afforded him opportunities such as gaining great support from BBC introducing,  performing for HRH Prince Charles, and has play on line ups that have included the likes of stars, Corrine Bailey Rae, Beverly Knight, Jamie Cullum, Jessie J, JP Cooper, Tom O’dell Jacob Collier, Boy George and Many.

His debut single from his EP “Steady” gained national airplay on the Huw Stephens show on BBC radio 1 and releasing ‘Get Up” with DJ Able through renowned DJ Spen’s Quantize recordings label after commenting the following ‘ Simpson’s soulful vocals are just what you’ll need to get your floors jumping.

Nate Simpson performed and made it to the final six boys on ITV’s X Factor 2016 and followed that by performing on BBC’s Eurovision You decide in 2017.
Between that time Nate began his journey back in the studio working alongside incredible producers, writers and musicians from U.K and the U.S including recording at The Abbey Road Studios.

From doing shows in America, Caymen Islands and Mexico in the Summer 2017 once Nate Simpson returned to the UK he took to the stage as Nate King Cole in The Crooners Tour.

In the spring of 2019 Nate takes on the role of Simba in The Lion King in Paris.

Versatile, professional and always excellent, she is highly sort after on the function and private party circuit and always delivers a wonderful show!

Come and try our bespoke cocktail list, sample the delicious Amazing Grace Lager or glass of wine, and enjoy the delicious food from our partner, KraPow!

Reserve a table or simply walk-in!

Join us every Tuesday –  Friday until 7PM for Holy Hour featuring: