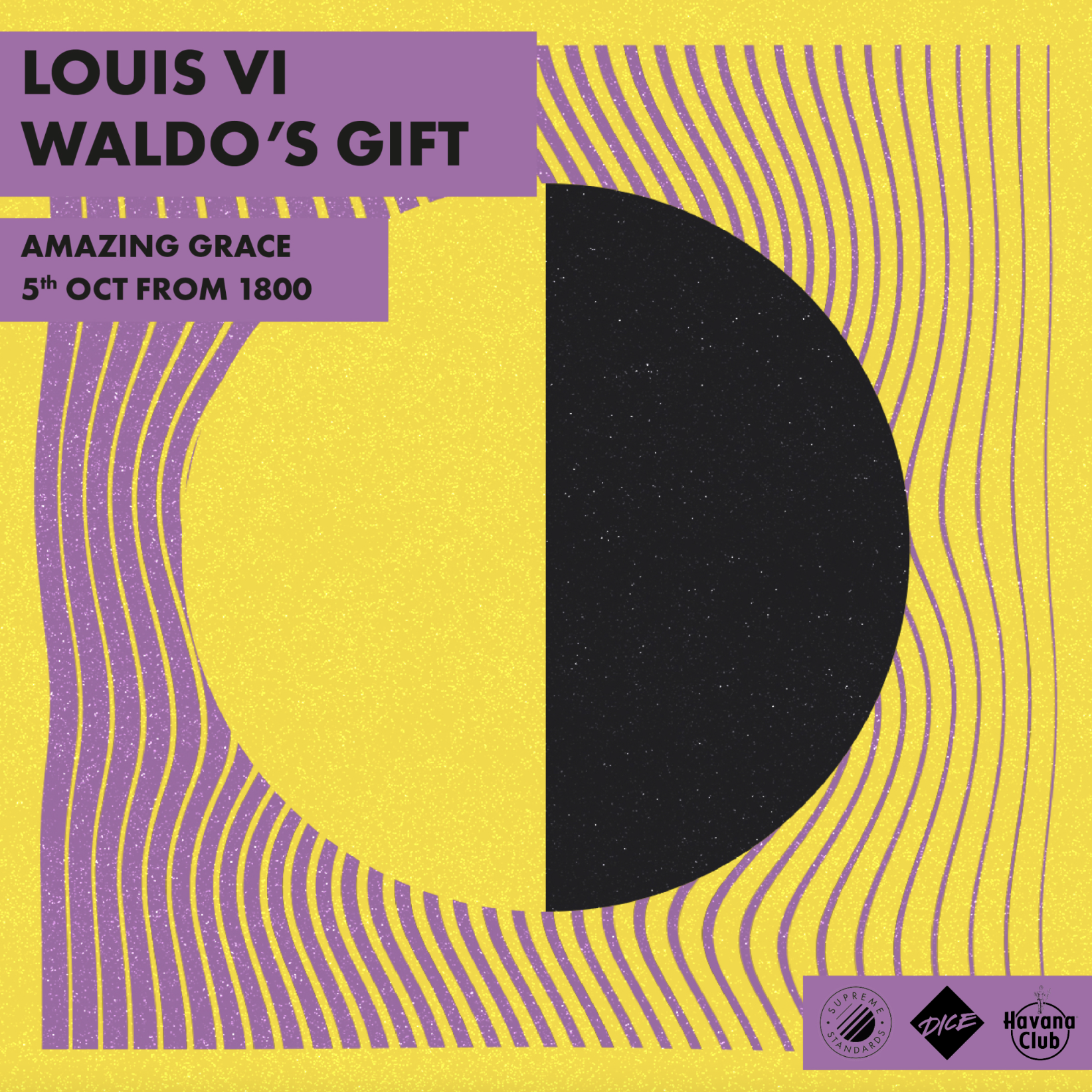 Louis VI is a born and raised Londoner. His main musical influences come from a on a mix of A Tribe Called Quest, Outkast, he faked an ID to learn to produce. NOISEY, VIBE, and Clash. His debut EP is called ‘Lonely Road of The Dreamer’.

Formed in Bristol in 2017, experimental trio Waldo’s Gift have emerged as a new force on the UK jazz scene. Born out of their improvisatory residency at Bristol’s The Gallimaufry, the band quickly gained notoriety in their hometown before achieving wider national attention.