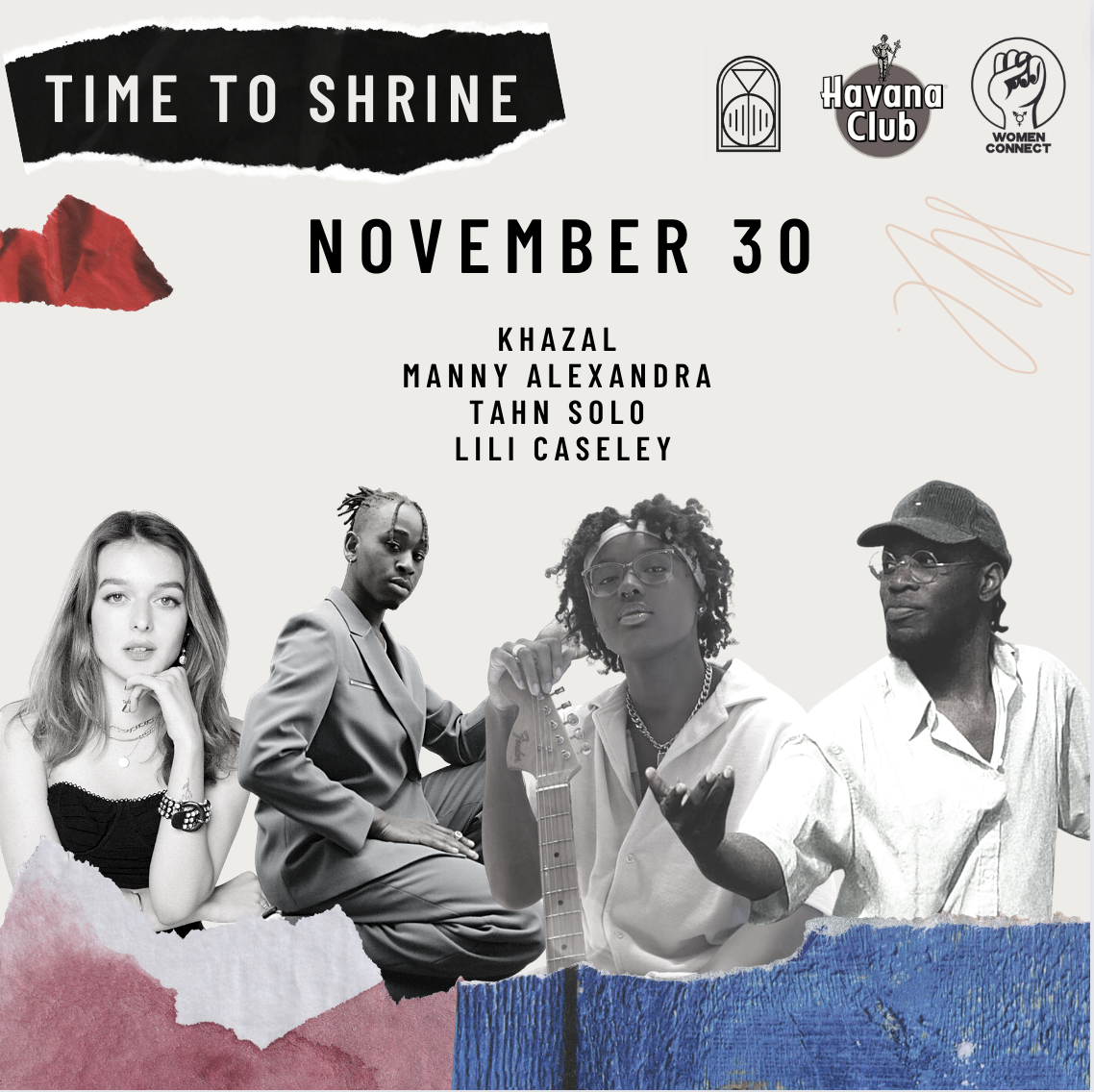 Time To Shrine is a music showcase, curated by Amazing Grace in collaboration with Havana Club and Women Connect. Together we are working with and welcoming major talent agencies to bring the best new talent to our stage. Time to Shrine features a selection of London’s top up and coming musicians, singers, and song writers. This event, along side fantastic music, will showcase stunning 3D mapping projections, bespoke cocktails, talks, and a give away competition. This month we are featuring the incredible talent of:

Khazali, is a 23-year-old from Queens Park, North West London.  A member of the trio VRWRK since 2017 (currently on hiatus) Khazali has since released a handful of singles as a solo artist. His new single, “You’ll Be The One” on Kitsunė Musique has a distinct summer sound – it’s impossible not to move to.

Tahn Solo, is a neo-soul artist from South East London, drawing comparisons to the likes of Frank Ocean and SiR. He describes himself as a “spell caster”. Coming from a musical background, he started writing songs in his first year at university, where he fronted Brighton band Uncle Fox and released an EP titled “Code Games and Video Names” with the 5-piece. After the band’s disbandment, he released his debut single in 2020, and “Joyride” (Produced by eL Cee) was featured on BBC Introducing in January 2021. He has gone on to provide guest vocals for DoomCannon at Ronnie Scott’s and release his second single, “The Rumour” (produced by Motion Hyrule) off his debut EP “Tortoise Territory”.

Lili Caseley, Hailing from Camden, Lili Caseley is a singer and songwriter who creates soulful pop about love.

Book your table (walk-ins also welcome), have some dinner and drinks, and enjoy the live music from 7.45pm!

Join us every Tuesday –  Friday until 7PM for Holy Hour featuring: